A number of car enthusiasts around the world have more or less heard about Volkswagen installing software into their cars which can effectively allow them to pass pollution tests with flying colours. However, in real world driving conditions, the cars actually produced up to 35 times higher the amount of nitrogen oxide. Unfortunately, this has lead to further investigations into other makes and sub company Audi and Skoda also falls under the scope. BMW was scrutinized also at one stage, however, no hard evidence has been found to date and BMW denies these claims.

Volkswagen Group Australia  (VGA) has announced that they will be suspending sales on certain models of their vehicles until a resolution has been reached. This can in turn have a huge impact on the financials of the company.

Press Statement by VGA:
“In its first step, effective immediately VGA has temporarily suspended the sale of affected vehicles fitted with 1.6 or 2.0-litre EA189 diesel engines. The suspension will remain until the emission issues are addressed in those vehicles. VGA will make further announcements next week.” 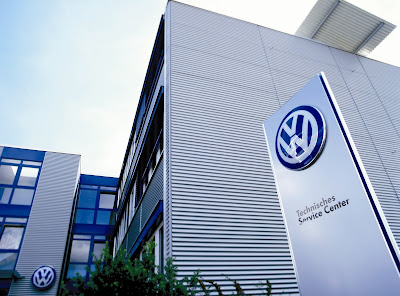 Posted by Diagnostic Haus at 10:17 AM