A number of newer cars now come with automatic stop-start technology. Especially European models such as BMW, Audi or Mercedes. The reasoning behind this concept is to primarily save fuel when the car is idle or stopped by switching off the engine when the car is stationary and firing it back up once the foot is released from the brake pedal.
However, this puts increasing stress on the starter motor, battery and supporting mechanisms used to start an engine. So when it comes to durability, the increased stopping and starting of an engine will ultimately lead to reliability issues. While these vehicles tend to use re-engineered starter motors or direct injection systems which eliminate the repeated use of the Starter Motor, we are still waiting for some in depth research to surface regarding the longevity of an engine and it's components for a vehicle which does have a stop-start system as opposed to one that doesn't. The BMW owners manual actually mentions that the prolonged use of these systems will cause more wear and tear to engine components. 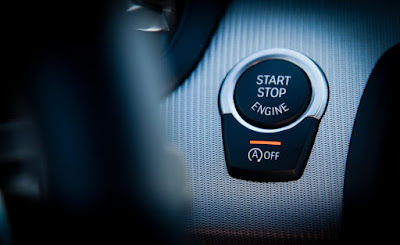 What are your thoughts? We will be disabling this feature in our BMW F30 using the ENET cable available in store @ http://store.diagnostichaus.com. For those who would like to do the same on their BMW, the codes used are listed below.

Remember to leave your thoughts in the comments section.
Posted by Diagnostic Haus at 10:25 PM